Spotted my first bluebell (Hyacinthoides non-scripta) of the season on Saturday. I realise I may be behind some in this respect as in more sheltered spots they have a better chance of coming onto flower earlier, however in a couple of weeks time there should be carpets of them! 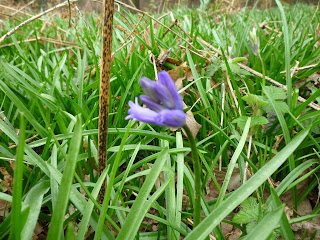 The badger set is still very active and huge excavations seem to be taking place as more fresh sandy soil mounds are appearing outside a number of holes. I had a closer look and discovered some claw marks on a holly trunk which was lying parallel to the ground. I can only assume they were made by badgers sharpening their claws and maybe removing all that mud from between them. 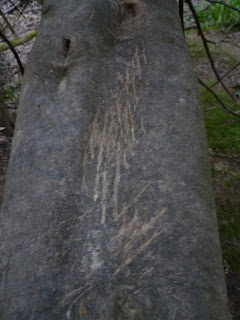 Further down the path and in a damp depression which was under water a few weeks ago, this colourful little plant had come into flower. 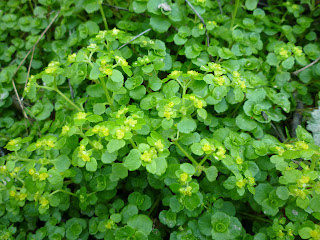 Forming a green and yellow mat over damp mud, as if to emphasise it’s resilience, this is Opposite-leaved Golden-saxifrage (Chrysosplenium oppositifolium) and can be quite common in woods by streams. Another of our ancient woodland indicator species which means they inhabit woodlands which have been established for many years, perhaps centuries.
Finally, a gratuitous picture of a Primrose (Primula vulgaris) 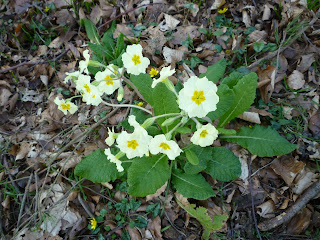 After all, who doesn’t love a Primrose!
Direct link to the blog