Often overlooked but no less beautiful are the so called lower plants or Bryophytes. These consist of mosses and liverworts which can be quite spectacular when you get up close – usually on your hands and knees!

It’s like a little forest fairy kingdom which you will generally find in wet or damp places as water plays a big part in completing their life cycles. 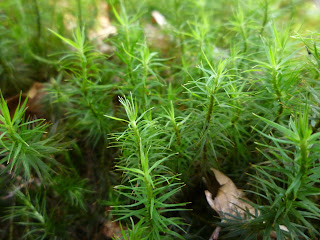 There are many different species and usually a number of different types can be found in the same community, on top of a old tree stump or occupying a sheltered bank. 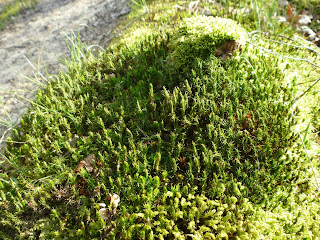 What you are seeing in most instances is the sexual phase of the life cycle or gametophyte from which a sporophyte grows once fertilisation has taken place. These tall structures produce spores which are then released to grow into the next generation. 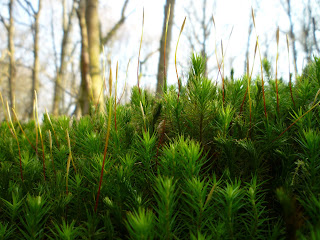 These are the sporophytes of Polytrichium moss  – fine filaments emerging from the “forest”below.
Here’s a close up: 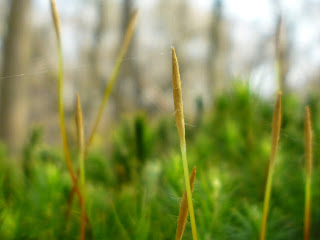 I don’t think these are fully mature yet and will develop further to produce their spores ready for release to the wind.
Next time you come across some, it’s worth a closer look even though it might look like you are saying a little prayer!