I’m starting to hear Blackcaps (Sylvia atricapilla) in full song in the woods and scrub areas. This summer visitor is one of the warblers and has one of the finest songs – rich and melodious which has earned it a reputation as “northern nightingale”. This is because its range extends further north than nightingales which are also summer visitors from South Africa.

Last year I found a dead female outside my back door and can only assume it flew into the window as it was otherwise unmarked. The females have a brown cap as opposed to the black of the males and hence its name. 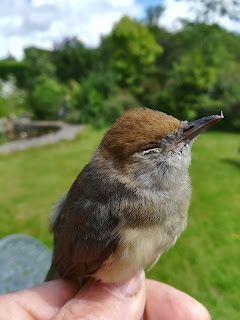 I also spotted a female palemate newt just below the pond surface and amongst some algae and she was curling her tail back next to her abdomen and quivering it, as if in a signal. She may have been trying to lay eggs although I couldn’t see any nearby in the weed. They usually wrap them between leaves and the eggs stay attached until they hatch. 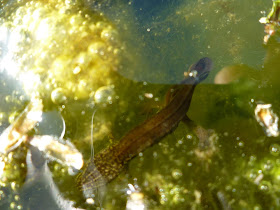 Plant of the day is Broom (Cystus scoparius) which is another member of the pea family, like Gorse which was featured earlier. A shrub with flowers that look very similar in colour and shape although the stem has 5 angles, no spikes and generally flowers in May and June. 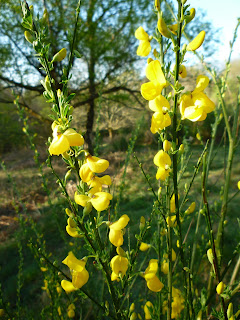 Finally, it is of course blossom time and here is a lovely Cherry (Prunus avium) which I pass on my daily walk and is now in full flower! 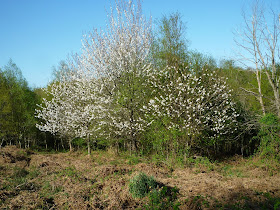