Here’s a pretty little plant you may not have noticed as it likes damp heathlands and grasslands on acid soils. It’s just coming into flower and lasts all summer. 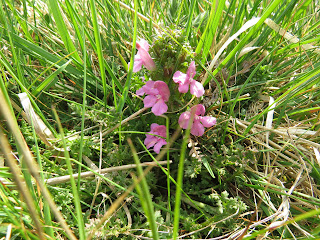 It’s called Lousewort (Pedicularis sylvatica) and you can often see it in the grass on the ride edges though Ashdown Forest.
The birds are in full voice and breeding out in the heathy areas and Whitethroats (Sylvia communis) have arrived from their winter haunts south of the Sahara and can be heard any time of day, singing from saplings and sometimes rising up and descending in flight displays, singing their little hearts out.
One of our resident birds looks striking in their summer plumage and often sits on top of gorse singing away – the Stonechat (Saxicola torquata). They nest low down in dense gorse bushes and if you venture too close, they will let out an alarm call which some liken to stones being knocked together – hence their name! 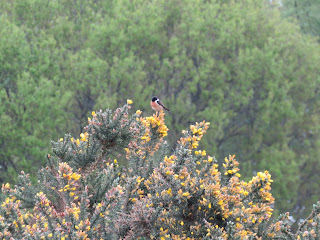 I’ve also seen a few Speckled Wood (Pararge aegeria) butterflies flying in woodland glades and often settling close to the ground in a sunny patch. You can see these flying up to October and are quite common, feeding on honeydew from aphid secretions. 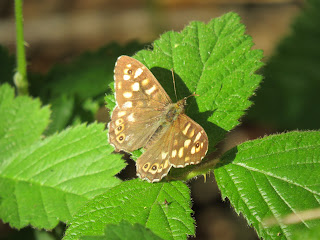 And here’s a weird thing I came across the other morning which is some sort of fungus. It was pure white and quite soft and slimy to touch and had grown following rain showers after the extended dry spell. Unexpected and unusual but not unattractive! 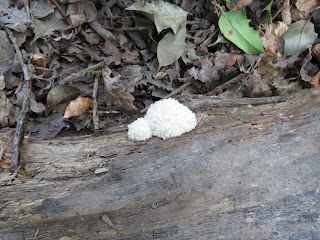 Take time to observe if you are out and about and enjoy nature in all it’s wonderful forms.